In a recent launch event, Apple grabbed the attention of the tech world by announcing the brand-new iPhone 13 and the Apple Watch Series 7. Along with these latest releases, the new iPad 10.2 was also announced, heralding the 9th Gen of the device.

From its initial introduction to global markets back in 2010, the iPad has become one of the world's most popular handheld devices, and with the iPad 10.2 2021 release, Apple will be seeking to build on the success and rake in more sales. Read on to find out more about the iPad 10.2 9th Gen price in Oman.

The following iPad 9th Gen vs. iPad 8th Gen comparison will help you decide which device is the best for you. The comparison between iPads with the most notable differences can be found below.

What Makes the iPad 10.2 9th Generation Better Than Its Predecessor?

There is no doubt that the new iPad 10.2 9th Gen is better than its 8th Gen predecessor. The new A13 Bionic Chip with neural engine promises to be 20% faster than the previous A12 chip used in the 8th Gen iPad. With a brand new 12MP Ultra-Wide front camera, it promises better selfies, and at the same time, Apple Pencil support ensures that working on your iPad is as easy as putting pen to paper.

There are many other features such as the all-new iPadOS 15, an upgraded, faster GPU, and Apple's Centre Stage feature, which automatically keeps you in the middle of the frame during video calls. Smart keyboard support, support for Augmented Reality, AR apps, and 4G LTE support are a few of the other features on offer. 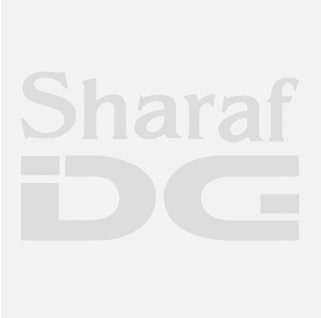 Powerful. Easy to use. Versatile. Designed for all the things you love to do. Work, play, create, learn, stay connected, and more. All at an incredible value.

The A13 Bionic chip delivers faster CPU and graphics performance, plus a more powerful Neural Engine.◊ And with all-day battery life, you can create, work, play, and more.◊

The immersive 10.2-inch Retina display is perfect for painting with precision, working on a project, or watching a movie.

Center Stage follows you to keep you in the frame

With fast Wi-Fi and Gigabit-class LTE built in, you can download, upload, and stream at home or on the road.◊

Unleash your imagination with Apple Pencil. Create a work of art, draw what you see, or write down what you hear. Type up your next great book — or the next great book report — with the slim, light Smart Keyboard.◊

Write in any text field
Mark up any screenshot

iPadOS is powerful and easy to use right out of the box. And with over a million apps on the App Store designed just for iPad, you’ll find the right app for anything you want to do.◊

iPad lets you do everything in powerful yet simple ways on the large Multi-Touch display.

Run apps like Microsoft Office, Adobe Photoshop, and graphics-intensive games.◊ iPad is ready for anything.

Remarkably thin and light with a durable design, fast Wi-Fi and cellular, and all-day battery life.◊

It’s your notepad, film studio, scanner, mobile office, and canvas when you need one.

Find the right iPad for you.

Do even more with iPad.

Learn more about AppleCare+ for iPad

Performance: Performance claims based on comparison with the previous generation.

Power and Battery: Battery life varies by use and configuration. See apple.com/ae/batteries for more information.

Cellular and Wireless: Data plan required. 5G, 4G LTE Advanced, 4G LTE, and Wi-Fi calling are available in select markets and through select carriers. Speeds are based on theoretical throughput and vary based on site conditions and carrier. For details on 5G and LTE support, contact your carrier and see apple.com/ae/ipad/cellular.

App Store: Apps are available on the App Store. Title availability is subject to change.

Capacity: Available space is less and varies due to many factors. A standard configuration uses approximately 10GB to 13GB of space (including iPadOS and preinstalled apps) depending on the model and settings. Preinstalled apps use about 4GB, and you can delete these apps and restore them. Storage capacity subject to change based on software version and may vary by device.

Feature Availability: Some features may not be available for all countries or all areas. See apple.com/ae/ios/feature-availability for complete list.